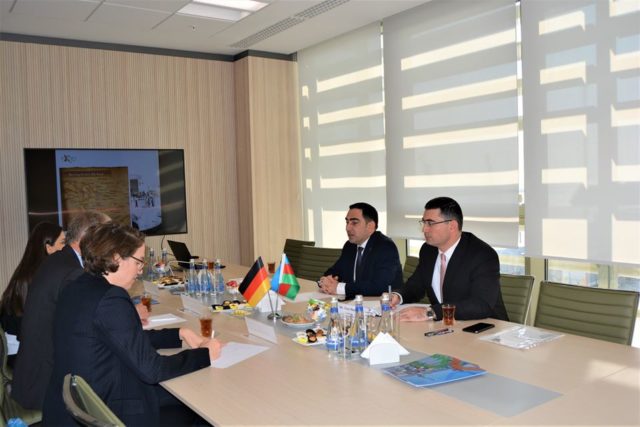 On November 18, 2019, the Ambassador of the Federal Republic of Germany to the Republic of Azerbaijan, Mr. Wolfgang Manig, paid a visit to the new Port of Baku located in the Alat settlement. Director-General of the Port of Baku, Dr. Taleh Ziyadov informed the guest about the history of the port, operations and the plans for the future. Mr. Ambassador has also been informed on a Port of Baku initiative implemented with OSCE support and named “Promoting Green Port and connectivity in the Caspian Sea region” and the active role of Germany in the implementation of this project. Finally, the significance of the Venlo-Istanbul-Baku-China route and the proximity of Venlo to the the German border was also highlighted by Director-General Taleh Ziyadov during the meeting.