Azerbaijan has become the leader in terms of efficiency of seaport services among the CIS countries, taking the 25th place in the Global Competitiveness Index report by the World Economic Forum, Trend reports.

Azerbaijan among the CIS countries is followed by Russi (47th), Kazakhstan (99th) and Moldova (127th). Kyrgyzstan and Tajikistan ranked 138th and 139th, respectively.

Indicators on Belarus and Uzbekistan, which are also CIS countries, weren’t taken into account when compiling the rating.

Singapore took the first place in the ranking for this category.

The Global Competitiveness Index is a global study and the accompanying ranking of countries in terms of economic competitiveness, compiled annually by the World Economic Forum.

Azerbaijan has recently advanced 14 steps and ranked 43rd among 125 countries in the Global Talent Competitiveness Index 2019. Thus, Azerbaijan ranked first in this rating in the post-Soviet space, excluding the Baltic countries. 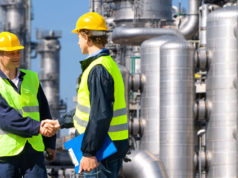 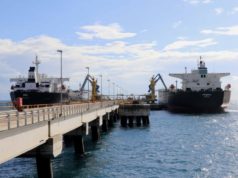