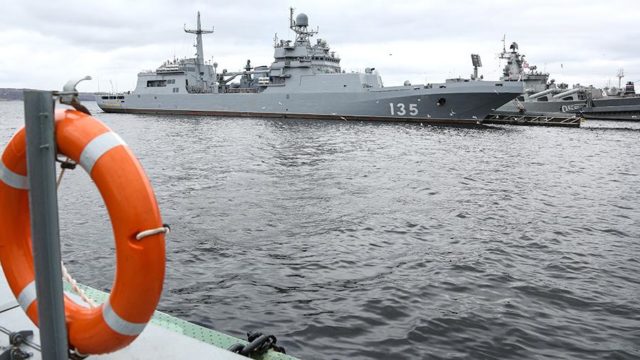 The Commander-in-Chief of the Russian Navy, Admiral Nikolai Evmenov, in an interview with the Krasnaya Zvezda newspaper of the Armed Forces of Russia, said that several multipurpose frigates of the far sea zone and large landing ships, as well as world-class mine defense ships, are being built in Russia.

So, according to him, “the Baltic shipyard Yantar is building large project 11711 landing craft”, “several multi-purpose frigates of the far sea zone and their subsequent modifications are being built at the Severnaya Verf shipyard”

“At the Sredne-Nevsky shipyard for the fleet, the latest anti-mine defense ships that have no analogues in the world are being mass-produced,” said Evmenov.

He said that these ships “are made of monolithic fiberglass, characterized by increased strength, maneuverability and survivability of the ship.”

The admiral also said that in St. Petersburg and Tatarstan “are actively building small missile ships of project 22800.”

Earlier, the Zvezda channel reported that the small rocket ships Uglich and Veliky Ustyug arrived at the base station for surface ships of the Caspian flotilla in the Astrakhan region.