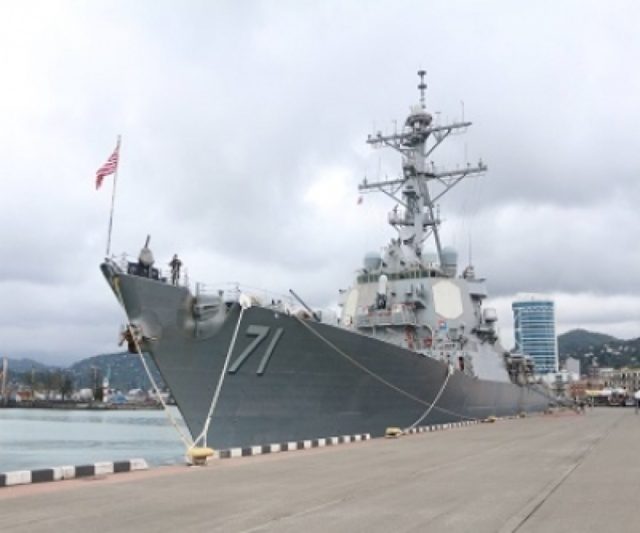 According to the US Embassy in Georgia, the visit serves to highlight the continued cooperation between the US and Georgia by promoting regional peace and stability. This will be the ship’s second visit to Georgia.

USS Porter is an Arleigh Burke-class guided-missile destroyer of the United States Navy. The ship is capable of conducting exercises and operations in areas such as anti-submarine warfare and ballistic missile defense.

The US Navy routinely operates ships in the Black Sea consistent with the Montreux Convention and International Law.