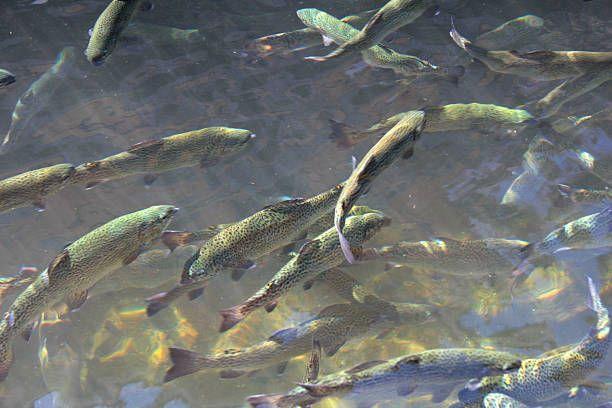 Azerbaijan Fish Farm LLC will invest 1.1 million manats ($647,059) in the development of Gabala Salmon Breeding Plant LLC, a source within the State Committee of Azerbaijan For Property Affairs has said in its report.

The committee said that it had received proposals from several investors, but after evaluating them, decided to sell 100 percent shares of Gabala Salmon Breeding Plant OJSC to Azerbaijan Fish Farm LLC.

Investments in enterprises will be made within two years, as a result of which 36 new jobs will be opened.

According to the State Property Committee, the winner of the tender will also pay 1.2 million manats (around $700,000) to the state budget.

Gabala Salmon Breeding Plant named after D. Yusifov is located in the Gabala region, in the village of Chukhur Gabala. The company was commissioned in 1956 and presently employs 25 people.

Azerbaijan Fish Farm LLC is the pioneer of sustainable and progressive fish breeding and caviar production in Azerbaijan.

The company is an innovator in sturgeon, trout and sturgeon caviar production technologies in Azerbaijan. Azerbaijan Fish Farm previously became the owner of four plants for the breeding of various types of fish, including sturgeon, trout. Thus, the number of enterprises on the balance sheet of the company increased to five.