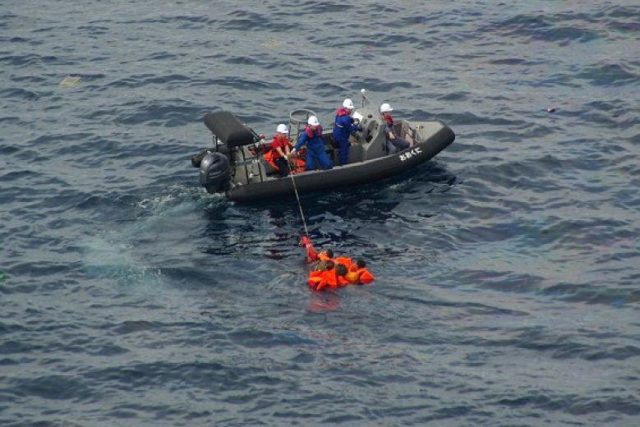 North Korea’s foreign ministry “strongly demanded” on Saturday that Japan pay compensation for a fishing boat that sank when it collided with a Japanese patrol boat earlier this week, reports Trend referring to Reuters.

The collision on Monday was deliberate and “a gangster act” by Japan, which should take steps to prevent future incidents, a spokesman for the foreign ministry said in a statement carried by state news agency KCNA.

“We strongly demand that the Japanese government compensate for the infliction of the material damage by sinking our vessel,” the unidentified spokesman said. “If such an incident occurs again, Japan will face an undesirable consequence.”

A Japan Foreign Ministry spokesman said the collision resulted from a North Korean fishing boat that appeared to have taken a sharp turn while a Japanese patrol boat was warning it to sail away.

“We therefore lodged a protest with North Korea via the embassy in Beijing. Our stance on the issue has not changed and we would not comment on individual statements by North Korea,” the spokesman said.

The Japanese coast guard said on Monday it rescued about 60 North Korean crew members from a fishing boat that sank after it collided with the patrol boat that was chasing it out of Japanese waters.

The fishing boat was “on a normal navigation”, the official said in the statement.

“Japan is impatiently trying to justify its deliberate act, and it even acts like a guilty party filing the suit first,” the official said. “Yet, they cannot evade from their responsibility for this incident of sinking our vessel and threatening even the safety of its crew.”