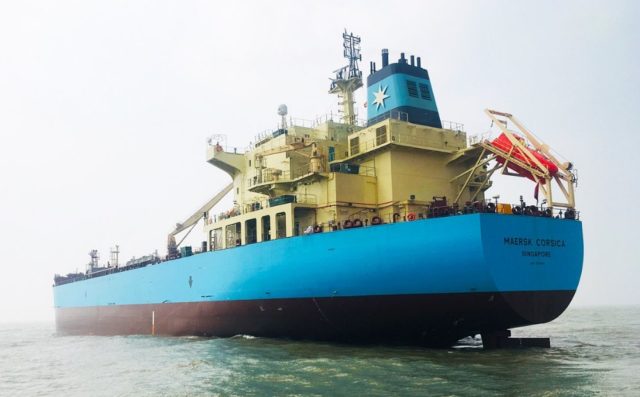 The remaining AET’s A-class vessels are expected to be handed over to Maersk in the coming months. They include Bunga Alamanda, Bunga Allium, Bunga Angelica, Bunga Angsana, Bunga Aster and Bunga Azalea.

Built in Korea in 2009 and 2010, the tankers are of shallow drafted design with a good cargo intake and an increased chemical/IMO capability, according to Maersk Tankers.

“In line with our strategic goal of developing a dynamic fleet and our belief in the tanker market, this acquisition will enhance our position in the market,” Soren C. Meyer, Chief Asset Officer at Maersk Tankers, commented.

The Danish tanker owner recently embarked on an MR fleet renewal project. It has so far received sixteen out of nineteen MR newbuilds.

What is more, Cargill and Maersk decided earlier this month to team up in the MR segment, creating a new joint pool that would increase the scope of the parties’ MR spot tanker businesses.

In a separate statement, AET said that “the decision to scale back its chemical fleet is in line with AET’s strategic portfolio review.” Following the sale of the seven ships, the company is to continue to maintain its product business presence through its LE2 and MR fleet.