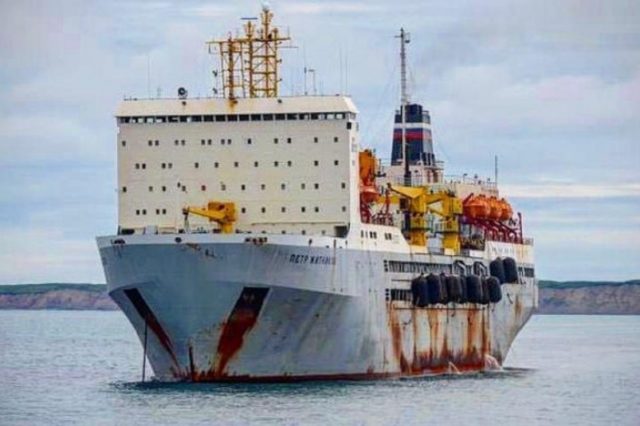 The cable leading to the radio room burned out.

The fire at the Peter Zhitnikov floating base (home port — Vladivostok) in the Pacific Ocean was caused by the fire of containers in the industrial armament compartment, the Dalmoreproduct company, which owns the vessel, told Interfax — Far East.

“At the Peter Zhitnikov floating base, a container ignited in the industrial armament compartment, as a result of which the cable leading to the radio room burned out,” the company said.

09.24.2019 at 02:25 (Sakhalin time) in the water area of ​​the Pacific Ocean (near the Iturup island, Sakhalin region), the floating ship base Peter Zhitnikov caught fire. The vessel is assigned to the port of Vladivostok (Primorsky Territory), belongs to Dalmoreproduct LLC (Vladivostok), on board 419 people. For rescue operations, ships located near the scene of the incident were involved. Currently, the evacuation is completed, there are no dead and injured.

At the time of tanning, the ship was 48 km southeast of Iturup. The rescue ship Atlas left the port of Korsakov. From about. Urup advanced the rescue ship Devotee and with about. Shikotan left the border guard ship.

A ship with a displacement of 26,634 tons was built according to a unique project in 1989. Its purpose is the reception of crab and raw fish from mining vessels and their processing into canned food, preserves, frozen products, fish and crab flour, fat, and providing mining vessels with all types of supplies and services.