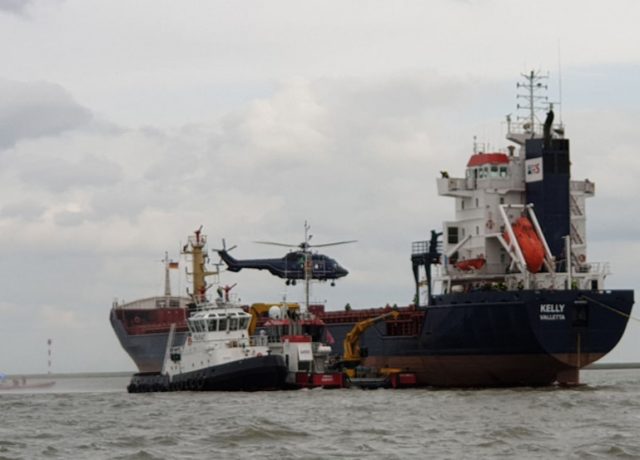 One person died and two more were hurt in a cargo vessel accident on the Elbe River. The crew included 11 Russian and two Ukrainian nationals, a spokesman for Germany’s Federal Bureau of Maritime Casualty Investigation (BSU) said, TASS reports.

“I cannot say whether the one who died in the accident is a Russian or Ukrainian national,” the spokesman said, adding that, according to preliminary information, the Malta-flagged ship was on its way from Russia’s Kaliningrad to the Netherlands’ Rotterdam when a fire broke out in its engine room. By now, the fire has been extinguished.

The accident took place near the city of Attendorf, Saxony.

Two crew members received serious burns and were taken to a Hamburg clinic by helicopter.

According to the BSU spokesman, the ship is being tugged to a safe place to be later towed to the port of Brubsbuttel.