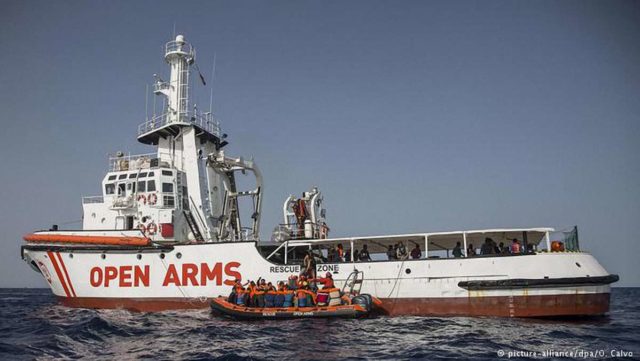 The migrants are supposed to be removed from the boat tonight, the prosecutor’s office stated, but hasn’t provided any further details.

Prior to this, Spanish Prime Minister Pedro Sanchez sent the naval vessel Audaz to assist the migrants on board the rescue ship. The boat is expected to reach Lampedusa in three days.

​Despite the fact that the vessel is only a few hundred feet away from the Italian island, authorities are not letting it dock.

Earlier in the day, nine migrants jumped off the rescue ship in an attempt to swim to the Italian coast.

In the meantime, more than a hundred migrants from Africa are on board the Open Arms boat, with the NGO saying that they are in critical psychological condition.

On 18 August, Spain offered to let the vessel dock at its port in Algeciras, but the NGO said that the humanitarian situation on board the ship was dire and that the passengers and crew would not make the five-day journey there.