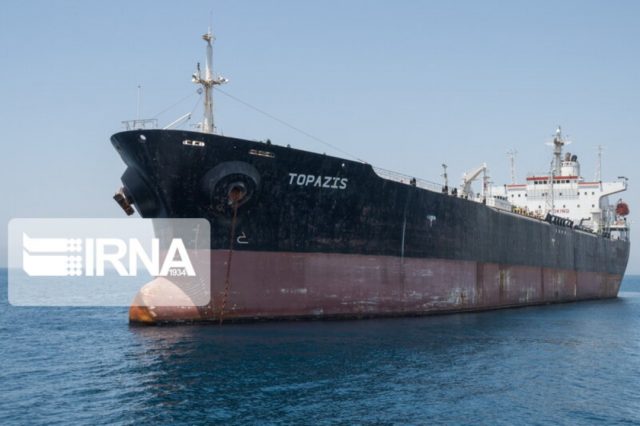 A commander of Islamic Revolution Guard Corps (IRGC), Ramezan Zirahi, said in a statement that the forces patrolling in the Persian Gulf detained a foreign vessel carrying smuggled fuel, according to IRNA news agency.

The operation was conducted near Farsi Island in the Persian Gulf in coordination with Iran’s judiciary authorities.

The tanker carrying 700,000 liters of fuel along with all its seven foreign crew members were seized.

A UK-flagged tanker was seized by IRGC forces in the Persian Gulf in July after the Ports and Maritime officials in the southern Iranian Province, Hormuzgan, reported that it had violated international law.