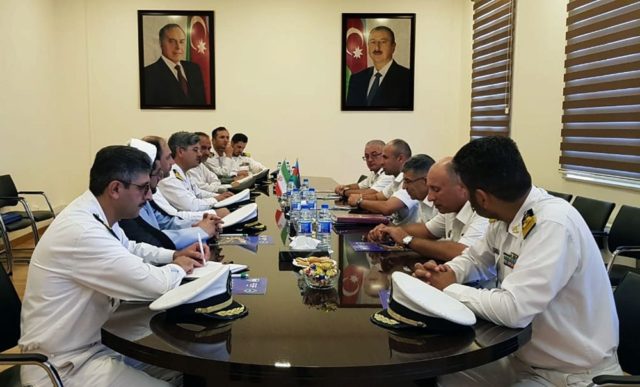 They exchanged views on the organization of the “Sea Cup” contest to be held as part of the International Army Games-2019 in the territorial waters of Azerbaijan in the Caspian Sea.