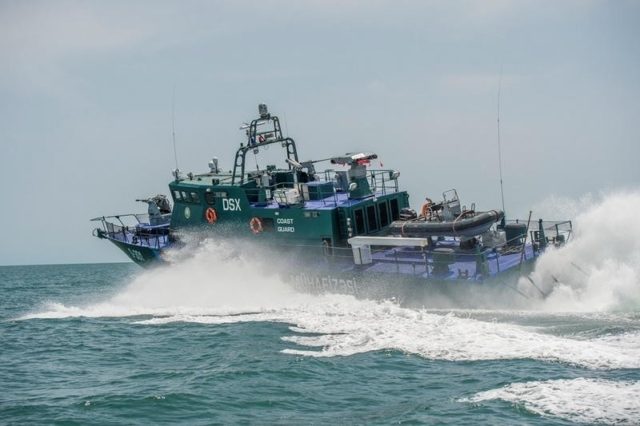 The State Border Service (SCS) has issued a statement on the sinking of the Iranian ship in the Caspian Sea.

Report informs citing the press service of the State Border Service that today at 14:15, the main command and control center of the coast guard of the service received information that the cargo ship “Shabahang” sailing under the flag of Iran, faced danger of sinking 15 miles from the Lankaran raid.

Tufan type border guard ship, which carries out the state border protection in the south, was immediately dispatched to the scene.

The border guard ship arrived at the scene and rescued the crew of 9 people.

Following the rescue operation, the ship sank at 16:22.