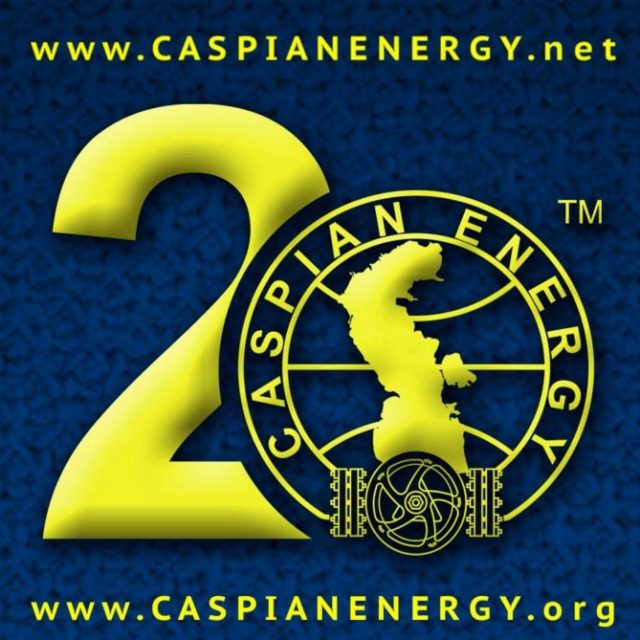 Caspian Energy journal, which is published under the support of the Caspian European Club, is celebrating its 20th anniversary in different countries. The 8th International Caspian Energy Forum Tbilisi – 2019, which is going to be held on June 21 in Georgia’s capital, will give a start to series of the anniversary related events”, First Deputy Chairman and CEO of the Caspian European Club Telman Aliyev said.

Caspian Energy Forum Tbilisi – 2019 is dedicated to the development of Azerbaijan-Georgia relations in the economic and energy sectors. The address by Georgian President Salome Zourabichvili will be read at the opening ceremony of the Forum. Addressing the event will be representatives from the administration of President of Georgia, ambassadors of foreign countries, as well as high ranking officials representing the economic and energy blocks of the Government of Georgia.

Over 300 delegates from 30 countries will attend Caspian Energy Forum Tbilisi – 2019. Among them will be heads of government agencies of Georgia and Azerbaijan, representatives of diplomatic and international missions accredited in Georgia, as well as heads of large international companies, and international financial institutions. Plenary sessions will be held at the forum. The forum participants will have opportunities to work and associate during coffee-breaks and a business lunch.

Caspian Energy Georgia is the organizer of the Tbilisi forum. The Forum is held under the support of the government of Georgia, government of the Republic of Azerbaijan and the Caspian European Club. The forum is sponsored by PASHA Bank Georgia. Agrotrade and UNEC Research Foundation are the partners of the forum.

Starting from September 2019, the Caspian European Club and its Georgian partner Caspian Energy Georgia will begin holding monthly business forums and CEO Lunch Tbilisi. Operating in 70 countries, all members of the Caspian European Club will have a unique opportunity to familiarize with investment potential of Georgia, with the conditions that the Government is providing for implementation of business projects in different sectors of economy, as well as to establish close and mutually beneficial contacts with Georgian companies and organizations.

Registration for the International Caspian Energy Forum Tbilisi – 2019 is carried out at www.caspianenergyforum.com.

The Caspian European Club, which brings together more than 5,000 member companies and organizations from 70 countries around the world, was established in June 2002 with the support of the largest oil and gas companies working in the Caspian-Black Sea region and with the active involvement of the Caspian Energy International Media Group.© Content from this site must be hyperlinked when used.