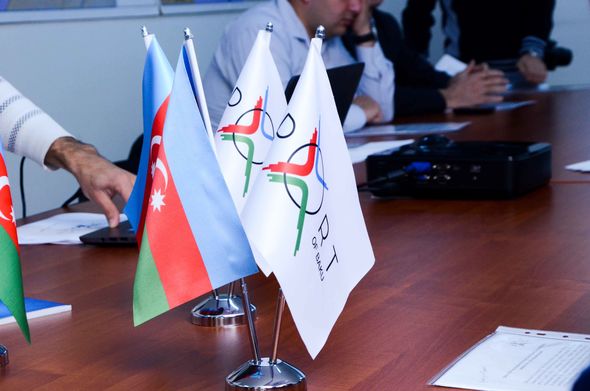 The business tour participants took part in the “Port Festival 2019” open-door event. “The festival was held on the occasion of the anniversary of the Baku International Sea Trade Port’s opening in Alat,” Telman Aliyev said.

The business tour participants got an opportunity to meet with Director-General of the Baku International Sea Trade Port CJSC Taleh Ziyadov. The members of the Caspian European Club viewed the festival stands, campaigns, the helicopter show, and obtained full information about the infrastructure and work carried out at one of the biggest sea trade ports in the Caspian region.

Telman Aliyev noted that the Caspian European Club traditionally holds similar business tours for businessmen in order to provide more details about the potential of big public and private enterprises of the country and the region, as well as about possibilities regarding partnership establishment.

The Caspian European Club, which brings together more than 5,000 member companies and organizations from 70 countries around the world, was established in June 2002 with the support of the largest oil and gas companies working in the Caspian-Black Sea region and with the active involvement of the Caspian Energy International Media Group.