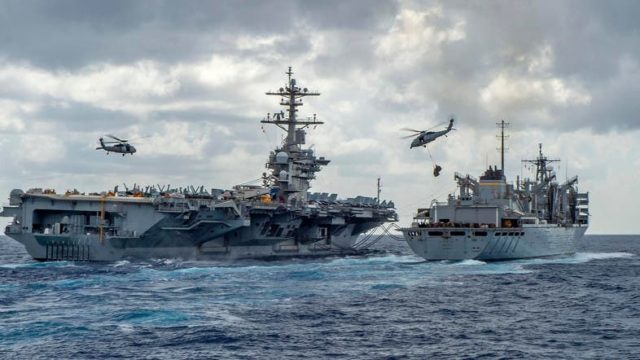 Iran has two new “top secret weapons” and may use them to sink U.S. warships, an advisor to the chief commander of the Islamic Revolution Guards Corps (IRGC) said, Trend reported citing Xinhua.

“In case of the smallest foolish act by the enemy in the Gulf waters, they will find out what we will do to them,” Morteza Qorbani was quoted as saying by Tehran Times daily.

“The Americans should not play these games” and bring their warships to the region, Qorbani warned.

The IRGC may use its weapons to sink the U.S. warships “with everything and everyone on board,” Qorbani added.

Washington said earlier this month that it had dispatched an aircraft carrier strike group and a bomber task force to the Middle East region to counter “threats” from Iran.

On Friday, U.S. President Donald Trump announced that he was sending 1,500 more troops to the Middle East region.