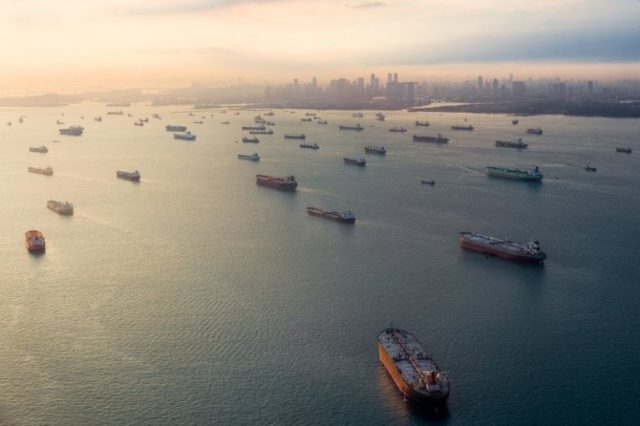 The global merchant fleet has surpassed the 2bn dwt mark for the first time, doubling in size in just 13 years, and could be on track to hit 3bn dwt by 2033, according to data from Clarkson Research.

Clarkson data shows that at the start of this year the global shipping fleet capacity stood at 1.98bn dwt. It crossed the 2bn dwt mark earlier this month.

The first billion dwt capacity was achieved in April 2006. The fleet grew at a compound average growth rate of 5.4% from 2006 to hit today’s 2bn dwt mark. 50% of the added capacity from 1bn to 2bn has been in the bulk carrier sector, which is heading towards 1bn dwt itself at 848m dwt. Tankers have contributed 27% of the expansion in dwt capacity (15% in crude tankers), and containerships 15%.

As well as many additional ships, there has clearly been plenty of upsizing too, Clarkson Research noted in its most recent weekly report. From 2006 to the present day, the average size of a unit in the world fleet has expanded from 14,238 dwt to 20,755 dwt, an increase of 46%. The largest increase in average size was seen in the containership fleet where the average dwt size increased by 64%.

With Clarkson Research predicting growth of 3% per year, it would only take another 14 years to reach 3bn dwt.