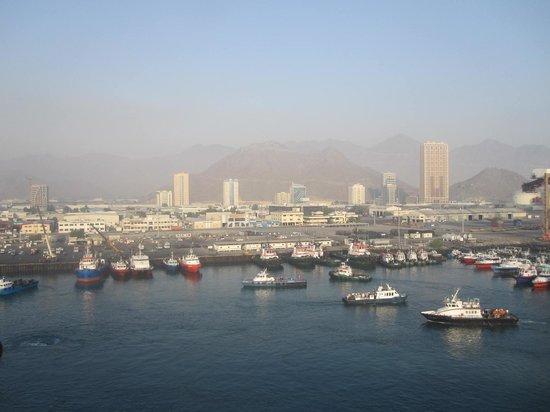 The government of Fujairah denied on Sunday media reports about several heavy explosions taking place at the emirate’s port, insisting that the port is functioning as usual, Trend reports citing Sputnik.

Earlier in the day, the Lebanon-based al-Mayadeen broadcaster said that several heavy explosions occurred in the port of Fujairah in the United Arab Emirates.

The blasts were heard between 4:00 a.m. and 7:00 a.m. local time, the broadcaster reported, adding that from seven to 10 oil tankers were in flames. The broadcaster continued by saying that the real cause of the incident has still been unknown.

Other reports, citing eyewitnesses, suggested that American and French warplanes have been seen flying over the port at the time of the incident.

Currently, there’s no information on possible casualties, while the authorities haven’t commented on the incident yet.

​Port of Fujairah is the only multi-purpose port on the Eastern seaside of the country and is connected to all other emirates within 300 km. The port stands some 70 nautical miles from the Strait of Hormuz, thus becoming increasingly important amid Iran’s threat to close the strait.
In July 2012, the UAE began utilising the Habshan-Fujairah oil pipeline from the Habshan fields in Abu Dhabi to the Fujairah, effectively bypassing the Strait of Hormuz.

Currently, the UAE is building the world’s largest crude oil storage facility in Fujairah, capable of storing up to 14 million barrels of oil.