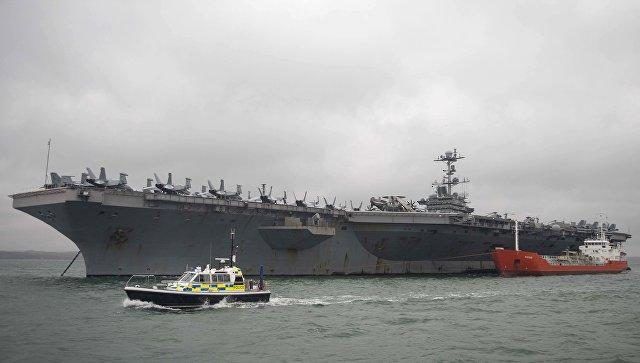 The Trump administration has reversed its decision to give the USS Harry S.Truman aircraft carrier an early retirement, Trend reports citing Sputnik.

US Vice President Mike Pence announced the move Tuesday during a speech aboard the warship in its home port of Naval Station Norfolk, Virginia.

“I know that the future of this aircraft carrier is the subject of some budget discussions in Washington, DC,” Pence said. “As we continue to fight Congress to make sure that our military has the resources you need to accomplish your mission, President Donald Trump asked me to deliver a message to each and every one of you on the deck of the USS Truman.”

“We are keeping the best carrier in the world in the fight. We are not retiring the Truman. The USS Harry S. Truman is going to be giving ’em hell for many more years to come,” Pence said, referencing the ship’s battle cry of “give ‘em hell.”

At a press conference following his speech, Pence told reporters that US President Donald Trump had “made the decision on the spot” that morning, following a discussion about the ship and its sailors’ contributions to the Navy.

“The budget is always a deliberative process,” Pence said. “People bring their best ideas forward. This is a president who committed our administration to rebuilding our military after years of budget cuts in the last administration.”

The Pentagon had initially floated the idea in February of slashing its aircraft carrier fleet from 11 to 10 ships — a move expected to save $3.4 billion by retiring the Truman only halfway through its life instead of overhauling it. That plan would have seen the Truman put into mothballs in 2024, and the it closely followed a controversial decision by the US Department of Defense to buy two new Ford-class carriers at once. One government watchdog called the $15 billion decision “acquisition insanity,” Sputnik reported.

The decision to mothball the Truman also ran counter to the US Navy’s own force assessment in 2016, which reaffirmed the need for a 12-carrier fleet. The massive, 100,000-ton floating airfields are the backbone of US power projection around the world.