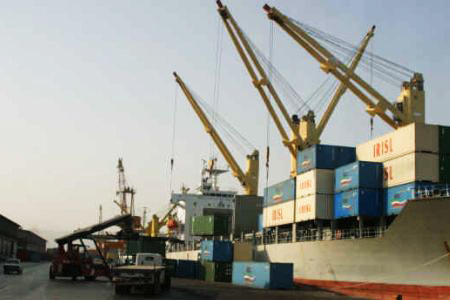 According to him, SWIFT and financial exchanges faced with serious obstacles due to US sanctions last year.

Modudi added that, due to the distance, the trade of these countries with Iran needs to be backed through shipping and a financial system.

Iran’s gas condensate exports dropped dramatically after sanctions have been imposed. With this, Modudi added, Iran’s exports amounted to $40 billion last year – only a 1-percent drop in comparison with the previous year’s figure. The main reason for the decline was the decrease in gas condensate exports.

According to him, exports of petrochemical products rose by 14 percent, and exports of other products by 2 percent.

Modudi said that Iran reached a milestone with the value of exports to Iraq reaching $9 billion last year.

“In general, besides China and India, Iran’s foreign trade was directed to 15 neighboring countries last year,” he said.

In May 2018, the US announced its withdrawal from the Joint Comprehensive Plan of Action (JCPA) between Iran and 5+1 (US, Russia, China, UK, France and Germany). The US imposed sanctions on Iran in November 2018.