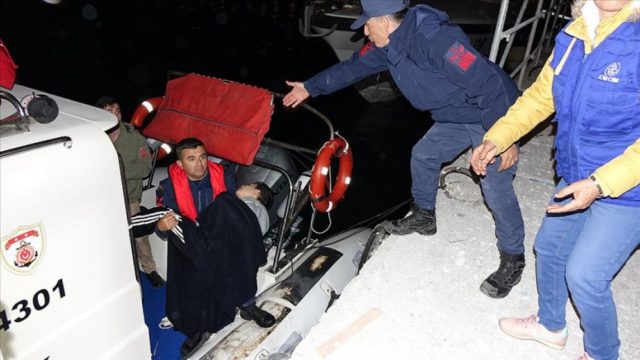 The boat carrying Iranian and Afghan-origin migrants — who were attempting to cross to Greece’s Lesbos island illegally — sank off the Ayvacik district of northwestern Canakkale province with the cause as yet unknown.

The Turkish coast guard — backed by helicopters — recovered bodies of three women and one baby while rescuing 11 others, said the sources, who spoke on condition of anonymity due to restrictions on talking to the media.

Search and rescue efforts halted after rescued migrants said that totally 15 people were on the boat, the sources added.© Content from this site must be hyperlinked when used.