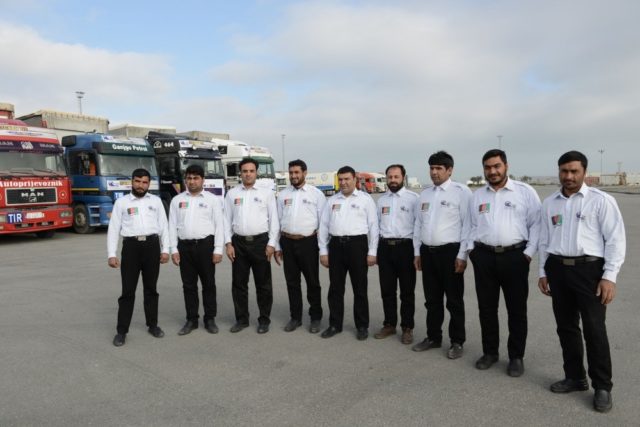 A group of at least 1,000 Afghan investors is preparing to travel to Lapis Lazuli member nations within the next two months to display the country’s products in multiple exhibitions in Turkmenistan, Azerbaijan, Georgia and Turkey – which are the members of the trade and transit route, according to TOLOnews, Afghanistan’s regional and world news television network.

Afghan investors said they see the journey as a good opportunity for further ease trade and transit through the route.

According to organizers of the event, the products include Afghan carpets, handicrafts as well as fresh and dry fruit.

Hafizullah Qul, an organizer of the Lapis Lazuli Convoy, a title given to the convoy of Afghan investors who will travel to the Lapis Lazuli member countries, said the event is deemed as a big opportunity to boost trade and transit through the route.

Turkmen carpets are among the Afghan products which will be displayed in the exhibition. Afghan investor said the carpets are sent to Turkey through the Afghanistan-Turkey air corridor, and from there, they are sent to Italy and Germany.

On the sidelines of Regional Economic Cooperation Conference on Afghanistan (RECCA- VII), the Lapis Lazuli Agreement was signed in November, 2017 aiming to establish greater connectivity for enhancing trade in the RECCA region. The Lapis Lazuli Corridor will connect with Turkey’s Middle Corridor Project and will also compliment other regional transport corridors such as the Five Nations Railway Corridor. The corridor has the potential to transform trade and transit dynamics in the region that would open up opportunities for development and mutual cooperation.

The Lapis Lazuli corridor aims to create an easy route starting from Afghanistan’s northern Aqina port in Faryab province and Torghandi in western Herat province and will run through to Turkmenbashi in Turkmenistan. Crossing the Caspian Sea will link the Azerbaijani capital Baku to Tbilisi and Georgia’s Black Sea ports of Batumi and Poti. It will then connect with Kars in eastern Turkey before linking to Istanbul and Europe. The Lapis Lazuli corridor is funded by the Asian Development Bank (ADB). The cost of the project is estimated to exceed $2 billion.

The first track of Lapis Lazuli project was inaugurated by President of Afghanistan Mohammad Ashraf Ghani in Herat, Afghanistan. The first shipment of Afghan products which include more than 175 tons of cotton, dried fruit and sesame passing through Turkmenistan, Azerbaijan and Georgia reached Turkey en route to Europe.