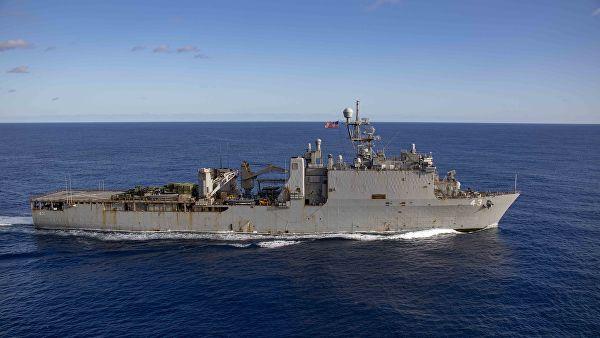 “No personnel were injured when a US Navy guided-missile cruiser and dry cargo ship made contact during an underway replenishment off the southeastern coast of the United States, Feb. 5 … The ships had been conducting a replenishment-at-sea when the sterns touched at approximately 4 p.m. Eastern Standard time. [9 p.m. GMT],” the statement read.

Both vessels were able to safely operate after the incident, while the damage will be assessed upon their arrival in port, according to the statement.

US Fleet Forces Command and Military Sealift Command will probe the minor collision in the Atlantic Ocean.