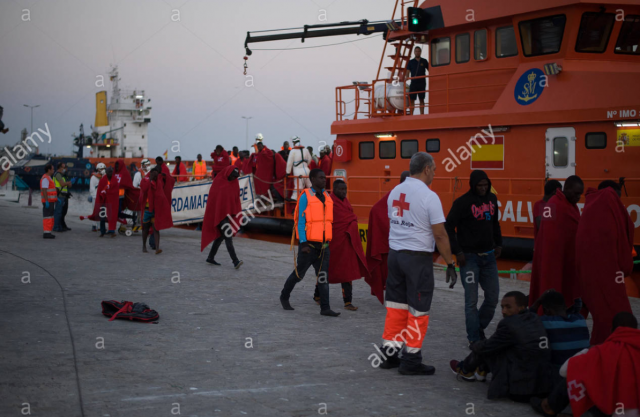 The news comes just days after a charity rescue vessel carrying 311 mainly African migrants plucked off the coast of Libya docked in Spain, ending a traumatic journey which saw them spend Christmas at sea.

A spokeswoman for Spain’s coastguards told AFP they had rescued 111 migrants on Tuesday in the Strait of Gibraltar and Alboran Sea.

She added 290 more were rescued on Wednesday.

According to the International Organization for Migration’s (IOM) latest figures, more than 56,000 migrants arrived in Spain by sea from January 1 to December 19, 2018, and 769 died attempting to do so.

The Spanish Committee for Refugee Aid says the number of victims is the highest since 2006.

This sea route to Europe is not the deadliest — at least 1,278 migrants died in 2018 trying to reach Italy and Malta — but it is the busiest, according to the IOM.