The Japanese Coast Guard said the U.S. ship was experiencing some flooding but was not in danger of sinking, while the merchant vessel was able to sail under its own power.

The U.S. Navy said in a statement the USS Fitzgerald collided with a merchant vessel at about 2:30 a.m. local time (1730 GMT), some 56 nautical miles southwest of Yokosuka, a rare incident on a busy waterway.

Three aboard the destroyer had been medically evacuated, including the ship’s commanding officer, Cmdr. Bryce Benson, who was reportedly in stable condition after being airlifted to the U.S. Naval Hospital in Yokosuka, the Navy said.

The other two injured were transferred to the hospital for lacerations and bruises, while other injuries were being assessed, it said. The Fitzgerald and the Japanese Coast Guard were searching for seven missing sailors.

“The USS Fitzgerald suffered damage on her starboard side above and below the waterline,” the Navy said in a statement.

It said the full extent of damage to the ship and injuries to its crew were still being determined. The Fitzgerald was operating under its own power, “although her propulsion is limited”.

A spokesman for the U.S. 7th Fleet said the ship was heading back to Yokosuka under its own power at 3 knots. 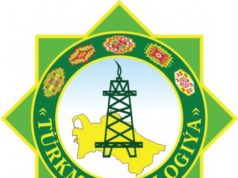