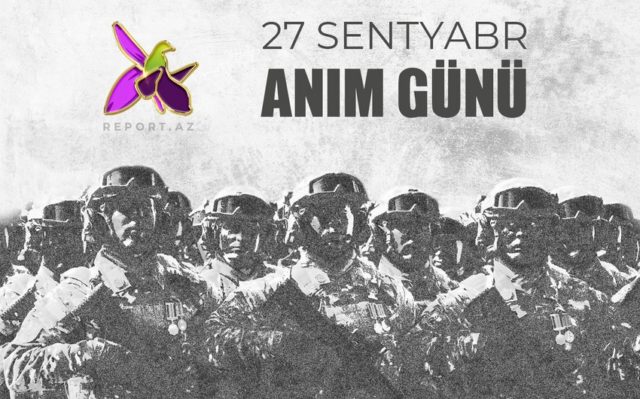 Today is the Commemoration Day of heroic martyrs of Azerbaijan who sacrificed their lives in the Patriotic War, which was started in order to prevent military provocations and military activity of Armenia against Azerbaijan and to ensure the safety of the civilian population, Report informs.

In this regard, the central and local executive power authorities will organize a number of events across the country, as well as commemoration ceremonies will be held abroad.

As last year, our martyrs will be commemorated with deep respect in religious temples – mosques, churches, and synagogues operating in Azerbaijan, prayers will be said for the souls of the heroes of the Motherland who died for the territorial integrity of Azerbaijan.

At 12:00, a moment of silence will be observed in memory of fallen soldiers.

Upon the decree of the President of Azerbaijan, Ilham Aliyev, dated December 2, 2020, every year, September 27 is marked as Commemoration Day in Azerbaijan as a sign of deep respect for Azerbaijani soldiers and officers, all Azerbaijani martyrs who fought heroically in the Patriotic War and sacrificed their lives for the territorial integrity of Azerbaijan.