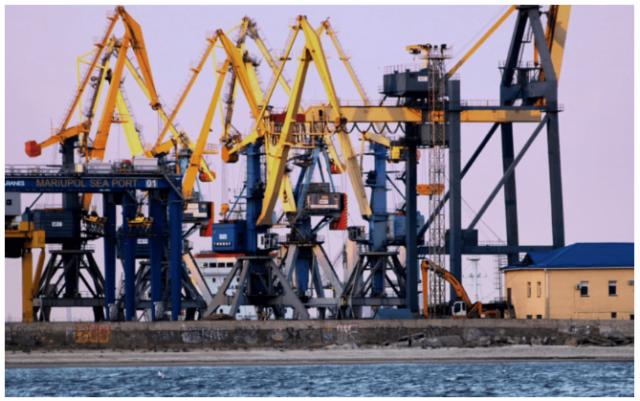 Almost 70 vessels have been blocked in the seaports of Ukraine, six foreign-flagged ships are blocked in the Mariupol seaport, Deputy Minister of Infrastructure Yuriy Vaskov and Director of state-owned enterprise Mariupol Merchandise Maritime Port Ihor Barsky said during a briefing at the Ukrainian Media Center on Friday, Report informs, citing Interfax-Ukraine.

“Today, almost 70 vessels have been blocked in ports from which it is impossible to navigate. The situation with the crews was the worst in Mariupol, since in other ports the crews were able to evacuate by land,” Vaskov said.

According to Barsky, six foreign-flagged ships remain in the port of Mariupol, which are still blocked there, while some will no longer be able to leave it without appropriate repairs by the shipyard. However, the Mariupol shipyard itself is also practically destroyed, the director of the Mariupol Merchandise Maritime Port said.

According to him, the damage and destruction of the port in Mariupol is difficult to assess today, but there is information that almost all buildings, all construction structures, partially or completely, are destroyed.

“But we believe that as soon as the port is liberated, we will be able to resume some work in the shortest possible time,” the director of the enterprise said.