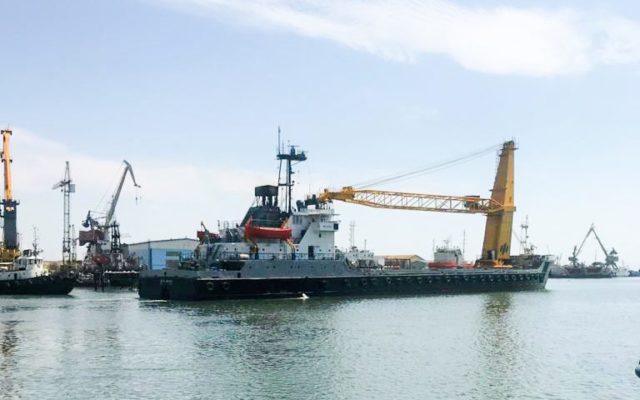 “Zulfu Hajiyev” crane ship underwent a major overhaul at the “Bibibheybat” Ship Repair Yard. The vessel with a carrying capacity of 100 tons is on the balance of the Caspian Sea Oil Fleet of the Azerbaijan Caspian Shipping Company (ASCO).

During the repair, all the driving guide circles of the crane cables were dismantled and reinstalled after a major repair. The current repair of the main engine, pumps, pipe system, bathrooms and electric motors was carried out as well.

After the Zulfi Hadzhiev ship was docked, the damaged sections of the underwater and surface parts of the hull were replaced, and painting works were completed. Also, the propulsion and steering complex, bottom-side reinforcement and tread assembly were repaired.